“Raises expectations for our child and us as parents. Have provided greater hope and empowerment for now and for the future. Creatively inspiring. Increase confidence and independence for our daughter”

“NICE provide a well-resourced environment with an individual challenging curriculum that supports and promotes independence. This fantastic setting cares for the emotional wellbeing and physical development of its pupils.”

“NICE has given us hope as parents. With new skills applied to our child A’s disability we can see progress in her development. A absolutely adores the staff and the conductive education team.”

Parent of child in pre-school services

“It is great to come somewhere that understands my husband’s condition. He does not feel that he is the only one now and he is benefiting from the sessions.”

“NICE has helped to transform B’s life. It has given her the skills and confidence to overcome her disability and, to a large extent, lead a normal life. Few people would now realise that when she left hospital three months ago after her stroke, she was told she would never walk again and would not regain any movement in her right arm.”

“NICE sessions make a big, positive impact on my mobility and self-confidence. This means I can do pleasant activities with and for my family.”

“Conductive Education has given me more confidence to go out again. I feel empowered and don’t know how I managed before NICE. The staff are compassionate and supportive and for the first time in years I feel understood and normal. Thank you – my life is enriched by you all.”

One of the most exciting ways to raise money for NICE is to take on a sponsored personal challenge. We have a range for you to take part in which are detailed on our event list.

You also have the option to organise your own challenge if you’d prefer. We’d love to hear about your fundraising idea so please register your interest with us by emailing fundraising@conductive-education.org.uk and we’ll be in touch to discuss. You will receive dedicated support from the NICE Fundraising Team and we can of course advise on insurance and legalities as well as any marketing materials you might need.

Please also see below for a guide on how to set up your own fundraising page online:

Whatever personal challenge to decide to take on to raise money for NICE we thought we’d leave you with the lovely thought that you will be giving over 400 families and children a place to turn to when life has taken a turn for the worse and providing them with real hope for their future. 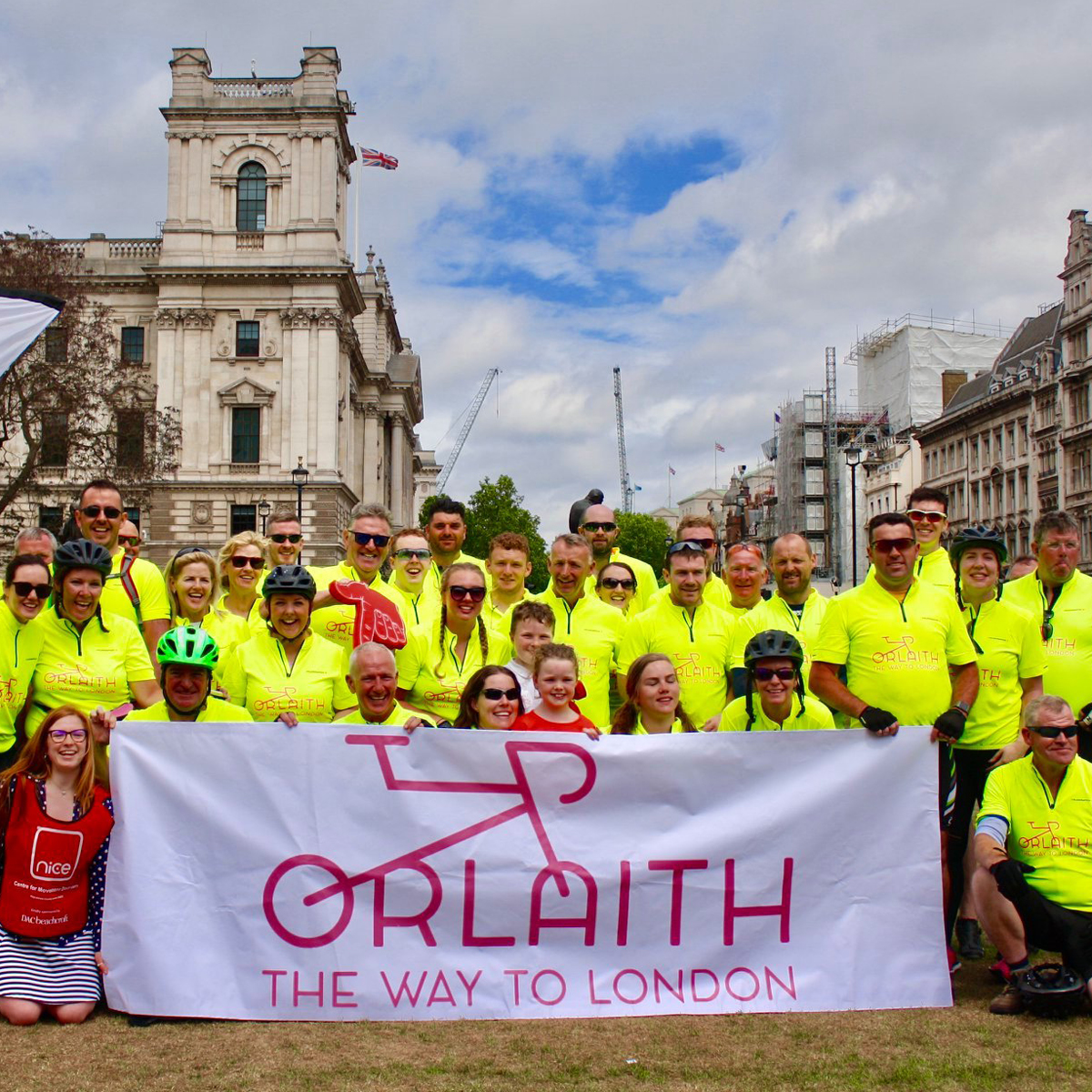 Orlaith the way to London

Orlaith attends Red Boots School and has been coming to NICE since she was 15 months old. Orlaith has overcome many challenges and her family decided to take on their own to support NICE. Back in May, they cycled from Birmingham Orlaith the way to London, over 30 them! Committed to months of gruelling training, with plenty of hills and 5am starts, they hoped to raise £10,000 for our charity.

As the weeks of hard work went by and the support from family, friends and local companies grew, so did their running total.

What magical moment it was, when the cyclists pedalled up to Big Ben, completing this feat and officially making it Orlaith the way to London. We remain lost for words about the sensational £65,000 they all raised – this sum has helped us to continue our important work.

Get to know NICE

Find out about how Conductive Education has changed the lives of individuals and families alike.

Donate to NICE and directly support our services and fund vital specialised equipment needed for the children and adults.

Find out about how you can raise money for NICE via attending our events or creating your own.

Want to find out what we‘re up to?